Pegasus. A mythological creature, the servant of Zeus. The depiction of soul’s immortality, freedom, and strength. It is also the name of advanced software developed and licensed by the Israeli NSO Group, and which has recently been blacklisted by the U.S government. Over the years Pegasus has slowly, but steadily, gained notoriety for effectively crippling democratic processes worldwide, including Poland’s.

After Poland’s accession to the European Union in 2004, there was hope for stable and continuous economic and social development. This trend, however, has changed over time. After 30 years of independence, Poland seems to be losing its pro-democratic direction. In its December 2021 report, The World Justice Project ranked Poland 26th out of 31 in the European Union, European Free Trade Association and North American Region for the rule of law. Sadly, it seems Poland is the new poster child for anti-democratic values among the Eastern bloc countries. The Polish government was successful in encroaching on separation of powers, violating human rights and advocating harmful legal reforms. As social trust dwindled, Pegasus rose to the occasion and became a tool of political control. “It would be bad if Polish intelligence did not have that type of tool” said Jarosław Kaczyński, leader of the current ruling Law and Justice Party.

Even though Poland negotiated purchasing Pegasus back in 2016, an official investigation into software mishandlings was launched during the latter portion of December 2021. Toronto University’s Citizen Lab disclosed several irregularities that led to the abuse of the Pegasus software. The investigation revealed that several outspoken opponents of the current ruling party were supervised using this technology. Those who were targeted are outspoken critics of the Law and Justice Party, such as attorney Roman Giertych, prosecutor Ewa Wrzosek and senator Krzysztof Brejza. In fact, Giertych’s phone has been targeted at least 18 times, and Wrzosek’s phone had been contacted directly by Apple.

“The suspicions relating to the surveillance of politicians and citizens is one of the major crises of a democracy. After the budgetary control of 2019, NIK has signaled and raised several reservations. It is time to come back to that case!”

Currently Banaś is under investigation, which is being led by the State Prosecutor’s office for abuse of power.  Pending corruption charges, it is unlikely that the case will soon be dismissed. Yet, the context of free media and journalistic freedom goes beyond Pegasus and can be traced back to “lex TVN.” In lieu of attracting foreign investment, lex TVN intended to suppress ownership of entities outside of the EEA (European Economic Area). Under international pressure, but primarily due to his own partisan interest, President Duda vetoed the law, which ultimately quashed the legislative process.

The Supreme Audit Office of Poland is currently investigating a 25 million złoty software purchase made on behalf of the Central Anticorruption Bureau (CBA). The 25 million złoty expenditure depleted the Justice Fund, which the CBA is not authorized to use. Although the invoice does not explicitly identify the 25 million złoty purchase was related to the Pegasus software, one can take a wild guess that such a large charge is more likely than not directly linked to Pegasus. The Justice Fund is set up to provide assistance to victims of crimes, their relatives, and witnesses. The goal of the fund is to provide post penitentiary assistance, as well as legal and psychological aid to victims of trauma and abuse. Discretionary spendings sponsoring political agenda and violating tender procedures are a few cardinal sins of  Zbigniew Ziobro, the Minister of Justice who is in charge of the fund.

“In the current political and legal environment, those types of cases cannot be investigated accurately.”

It seems that with Pegasus, the order and security breach is another painful, but significant, reminder of how fragile the right to privacy is. Crawling out of the shadows of communism, it seems once again that Poland is in the twilight zone of corrupt government officials catering to partisan interests. The erosion of public trust and lack of good will did not start with, nor does it end with Pegasus. Poland deserves and needs better leadership to rebuild international connections and regain international trust. As Poland continues to isolate itself more, violations of privacy are another signpost for emergency action. Who will take action? Only time will tell. 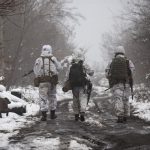 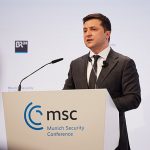 Maria Cudowska, Faculty of Law, University of Bialystok. Professor Cudowska has a Ph.D. in law, an LL.M. in the American Legal System from Michigan State University, and a postgraduate degree in translation. She is a certified civil-facilitative mediator in the state of Michigan and she teaches courses on commercial law and ADR, both in Polish and English.