In September 1973, Israel’s Prime Minister Golda Meir spoke with “60 Minutes” about Israel’s conflict with the Arab states. Meir said, “It’s because Egypt and Syria and the other Arab countries refuse to acquiesce to our existence. Therefore, there can be no compromise. They say we must be dead. And we say we want to be alive. Between life and death, I don’t know of a compromise. And that’s why we have no choice.”

Today, it is Ukrainians who have no choice. Russia and its dictator Vladimir Putin refuse to tolerate an independent Ukraine’s existence. In Putin’s delusional world Ukrainians and Russians are one people, part of some “greater Russian world.” It was Putin who told George W. Bush, in 2008, “You understand, George, that Ukraine is not even a state!”

But the problem for Putin is that Ukraine is a state. It has an army. Over 40 million people live in it. It has its own language, culture, traditions, faiths and history. Ukrainians want to live free in their own country and they have demonstrated that they are willing to pay a high price in blood and treasure to do so.

For eight years Russia has waged war on Ukraine – killing 13,000 people, wounding 30,000 and displacing 1.5 million. Russia occupies almost 10 percent of Ukraine’s territory. But Ukrainians have not surrendered, nor will they.

Ukraine has many problems, but it has political pluralism, a free press, and a vibrant civil society and an elected government. Ukraine is a flawed democracy but it is nevertheless a democracy. It has a strong and capable military that was resurrected after the Russian invasion in 2014. Opinion polls consistently show that the Ukrainian people see their country as a member of the Western community of democracies and that they’re willing to fight for that choice.

Russia is threatening a further invasion of Ukraine. In the past, Putin has escalated rhetoric and troop movements to get concessions from the West. Some in the West consistently argue for concessions to Putin. Others, including, disappointingly, Canada’s chief of defence staff, are wary of providing more assistance to Ukraine for fear of “provoking” Putin.

They all miss the point. Refusing to provide more assistance to Ukraine or trying to force Ukraine into concessions will be read in Moscow as weakness and will lead inevitably to further rounds of escalation. Putin will do what he will do with or without “provocation.” The only thing Ukraine and the West can do is make the price of escalating aggression against Ukraine prohibitively high for the Russian potentate.

To substantially increase the cost of further aggression the international community needs to immediately and significantly strengthen sanctions against Russia. Strengthening sanctions – including in the financial sector – will show Russia that the West is serious about defending the values it purports to defend with actions, not just words.

The U.S., Canada and other NATO allies should also pressure Germany to cancel the Nord Stream II pipeline immediately. Completion of this pipeline would remove a key deterrent to further Russian invasion.

Next, the U.S., Canada and NATO allies should increase their military training missions to Ukraine – Op UNIFIER, Canada’s mission, scheduled to end in March 2022 – should be renewed and the contingent of 200 CAF personnel should be increased. Ukraine’s air and naval defence capacities need to be improved with a significant provision of air and naval defense systems and the provision of anti-tank and anti-artillery systems needs to increase.

Finally, Western leaders need to disabuse themselves of the notion that they can make a “deal” with Putin. He doesn’t want a deal; he wants an empire. We need to stop being reactive and unite to proactively deter Russia.

Ukrainians are not asking anyone to fight for them. They need our help to defend their country against a colonial power seeking their destruction. But with or without us, the Ukrainians will fight, and they have a secret weapon. As Prime Minister Meir said, they “don’t have anywhere else to go.”

This is a reprint of a Toronto Star article dated January 17th, 2022 with permission from the author Alexandra Chyczij and with the cooperation of her co-writer Orest Zakydalsky 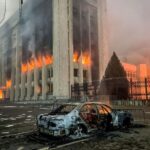 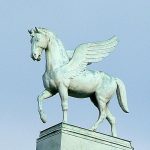