In a recent essay, Russian President Vladimir Putin claimed, “Russians, Ukrainians, and Belarusians are all descendants of Ancient Rus, which was the largest state in Europe.” His 7000-word essay summarized Putin’s view of the history of what he regards as the “Russian civilization.”

The essay would be of little significance to us were it not for the fact that it was circulated broadly through the Russian military in advance of the mobilization of over 100,000 troops on the Ukrainian border. Evidently, it was part of the rationale for a new invasion. What is more, many Western scholars and thought leaders have essentially adopted this same historic rationale for why they accept that Russia is entitled to our deference for its belligerent treatment of its neighbours, ostensibly because those neighbouring countries are in Russia’s sphere of influence. But not everyone agrees with Putin’s rendition of Russian history.

Putin is, of course, no historian. But Timothy Snyder is. In fact, Snyder is a leading Eastern European historian. In a recent article, Snyder stated, “The whole thesis of Mr. Putin’s essay is that Russia and Ukraine should be together, but by some mysterious conspiracy of Western actors they’ve been held apart. The truth is actually much simpler than that… It is he himself through his foreign policy, through his actions, through his choice to invade Ukraine, who has made close Russian and Ukrainian relations impossible.” Snyder adds that, “Russia is unable to tell a story about itself and so the story that is told relies upon other peoples.”

If, as Snyder suggests, Putin’s recounting of Ukrainian history is mistaken, what is the right story? Actually, Snyder’s book The Road to Unfreedom provides a quick well documented and referenced primer for anyone who is interested.

It may be helpful, however, to provide a brief summary of Ukrainian history here.

Kyivan-Rus’ existed for more than 300 years before Moscow (early Russia) came into existence. In fact, there was no Russia when Kyivan Rus’ Prince Volodymyr officially adopted Christianity in 988. There were only northern Finnish tribes in ‘Moksel’ or Moskovia living in a semi-primitive state with no link to Kyiv.

Following Kyiv’s adoption of Christianity from Byzantium in 988, this ancestor of modern Ukraine and that ounce ruled over its lands became a powerhouse of intellectual discourse, religion, and cultural life even eclipsing other European cities such as Paris and London. European kings and monarchies sought to marry into the Kyivan Dynasty. From a modern-day perspective, it was Kyivan Rus’ misfortune that it had a name similar to Russia which made it easy for Russia to later make the false claim that Kyivan Rus’ was Moscow’s (early Russia’s) predecessor.

Probably the best evidence that Kyivan Rus’ was not ‘early Russia’ was the fact that the Finnish ethnic groups in the land of ‘Moksel,’ or later of the Moscow principality, came down to sack Kyivan Rus’ in 1169, plundering it completely before returning home. This made little sense if Kyivan Rus’ was ‘early Russia.’ Kyivan Rus’ managed to recover, but in the early 13th century, while shielding the rest of Europe from the onslaught of the Golden Horde, the Kyivan Rus’ empire itself was overrun, and its center of power had to be relocated to the western part of the realm. Unlike Kyivan Rus’ that opposed the Monguls, in 1277 Moscow (early Russia) surrendered to Khan Mengu-Timur of the Golden Horde becoming a subservient vassal region or its ‘ulus.’ From the end of the 13th century to the beginning of the 18th century, the people in that land were called Moskovites.

No Russian Connection to Kyivan Rus Until the 16th Century

For the next 400 years, “Moscovy” (and then a newly constituted “Russia”) expanded its burgeoning empire until it eventually conquered and occupied the territory of Ukraine. Ukraine’s religious and cultural treasures were pillaged and ensconced in Russian museums, to be marketed to a world as Russia’s own. But the fact remains that it was not until the 16th century that there was any connection between Kyivan Rus’ and Moscow. Based on this history, to declare that Ukrainians are part of today’s ‘Russian civilization’ would be akin to claiming that the French are a part of today’s German civilization by reason of Hitler’s former occupation of France during World War II. It is complete nonsense.

Apart from the forgoing summary of Ukrainian history and Snyder’s Ukrainian primer in his book mentioned earlier, anyone who still has doubts about this history and clings to Russia’s claims to Kyivan Rus, would be well advised to read the contents of Volume Two of Mykhailo Hrushevsky’s 600-page updated History of Ukraine-Rus translated into English and published by the Canadian Institute of Ukrainian Studies in 2021. It is today the best political history of medieval southern East Slavic territory in any language. In it, the reader will discover that, despite Putin’s claims to the contrary, the Ukrainian people had a period of political statehood unrelated to Russia lasting for almost four centuries and that by 1900, they and their ancestors had lived continuously in the same territory for almost 1500 years despite Russia’s efforts to assimilate them.

Winston Churchill’s adage that “History is written by the victors” may help to explain why over the past 75 years many Western thought leaders adopted pro-Russian historical views advanced by Russian historians. Thanks to the contributions of historians like Snyder and Hrushevsky, however, such views no longer have credence. Russia’s approbation of Ukrainian history, as for example in Putin’s essay, can no longer be justified. Consider the dominant role Russians played in Soviet atrocities, such as in the concentration camps of the Gulag, the mass executions of oppositionists, the Ukrainian 1932-1933 Holodomor genocide and Russia’s more recent atrocities such as the wars in Chechnya, Georgia and Syria.  In the light of these excesses, Putin’s contentions in his essay, his declaration that the break-up of the Soviet Union in 1991 was the biggest catastrophe of the 20th century, and the implication of his followers that Vladimir Putin is the Russian redeemer and symbolically a reincarnation of Prince Volodomyr—all such contentions are again complete nonsense.

That said, Putin’s ideas disseminated throughout the Russian military as a justification for a possible invasion of Ukraine, given they are not founded in reality, are indeed disturbing. Let us not forget that nuclear arms are part of Russia’s arsenal. Whatever the motivation for Putin’s potential further invasion of Ukraine, however, we can be certain that Putin’s claim that Ukrainians are part of Russian civilization because of the historic link between Russia and Kyivan Rus’ is not grounded in fact and is pure fiction. 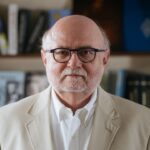 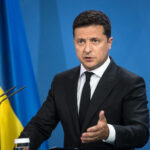