For weeks now, the world has been watching anxiously as Russian troops mass on Ukrainian borders while the Kremlin issues bellicose threats to Ukraine and her friends in the West to submit to Moscow’s demands, or else…. What would Putin like to achieve with this extortionist behavior? He has a long wish list of what would supposedly satisfy his imperial ego, which for the sake of brevity we will reduce to just two points. 1) Obtain the lifting of existing sanctions affecting Russia’s economy and oligarchic elite, imposed after Russia, in brazen violation of international law, covertly occupied and illegally annexed Crimea, at the same time fomenting, directing and militarily supporting a local anti-Ukrainian insurgency by a militant pro-Russian minority in the Donbas region of southeastern Ukraine. All of this was done despite Russia having in 1994 signed an agreement in Budapest with the United Kingdom and the USA to respect the political sovereignty and defend the territorial integrity of Ukraine in exchange for Kyiv agreeing to give up the nuclear arsenal that it inherited from the Soviet dictatorship. 2) To get the West to permanently deny Ukraine membership in NATO and to thwart Kyiv’s objective of becoming part of the European Union, bodies which Russia has been actively working to undermine and destroy by various means, including the sophisticated use of disinformation, the financing of right- and left-wing radical groups abroad, weaponized corruption, and economic blackmail. Not only does NATO pose no threat to Russia, it has not strategically sought to expand eastward but in extending membership to former colonies and satellites of Soviet Russia has merely responded to their desire to be protected from the Russian aggression that they all know too well from centuries of subjugation to Tsars and Commissars.

Ever since coming to power the ex-KGB agent Putin has been working to reverse the disintegration of the Soviet Union and to restore it as a one-party police state in which dissenters are jailed, murdered, or driven into exile—where they can eventually be hunted down and assassinated with impunity.  He has not respected agreements he has made and has shown a flagrant disregard for international norms, creating geopolitical instability that could potentially lead to a war engulfing Europe and wreaking havoc on a global scale. The ostensible “threat” posed by Ukraine has nothing to do with NATO, but with Ukraine becoming a free, prosperous, and democratic European state, which Moscow fears would provide an alternative vision for Russians as well as post-Soviet satrapies still in the Kremlin’s thrall. Talk about Russians and Russian speakers being persecuted in Ukraine is absurd, as any visitor to Ukraine will tell you, and Putin’s claims that Ukrainians are not a distinct nation entitled to an independent existence merely reflect his chauvinistic world view. Granting him any concessions as an “off-ramp” in exchange for his de-escalation on Ukraine’s borders is both dangerous and short-sighted, as it will not ultimately sate Putin’s ambitions but simply reward his use of violence—which has already resulted in 14,000 deaths in the Donbas, and countless more in Chechnya, Georgia, and Syria.

It is Ukrainians alone who have the right to decide their future, and it is a choice they have already made. Neither Washington, Brussels, Berlin, Paris, or London can dictate Ukraine’s domestic or foreign policy, as Putin has been seeking to do in the same heavy-handed way that he runs the kleptocratic Mafia state that he has fashioned out of the detritus of the Soviet Union. 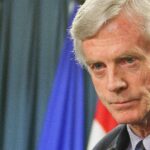 Jars Balan is the former Director of the Canadian Institute of Ukrainian Studies (CIUS) at the University of Alberta. He has authored numerous scholarly and popular articles on Ukrainian-Canadian history, literature, and theatre, and an illustrated history of Ukrainians in Canada. A lifelong activist in the Ukrainian community, he is the initiator and curator of the Kalyna Country Ecomuseum. Jars has been involved with CIUS, in one capacity or another, for most of its existence.