What Putin Wants The West To Know About Ukraine’s Independence

An Analysis Of Vladimir Putin’s Recent Essay On Ukraine

International pressure on Russian President Vladimir Putin has done very little to mitigate the historic conflict between Russia and Ukraine. The fact that Ukraine became an independent country in 1991, one would think, should have brought the country political freedom. In reality, however, instead of respecting Ukraine’s freedom, Russia annexed Crimea in 2014 and waged an ongoing war in the eastern region of Donbas. Putin denies that Russia has played any role in invading Ukraine in the past or in the more recent turmoil. Possibly even more threatening in terms of Ukraine’s prospects is Putin’s recent essay. Putin relays a strong message and action plan throughout his text that is directed at the Western countries that support Ukrainian independence. Ultimately, Putin’s goal is to regain Ukraine and strengthen his Russian empire.

Why Putin Believes Russia And Ukraine Are The Same

The essay entitled “On the historical unity of Russians and Ukrainians” delves into Putin’s interpretation of how Ukraine became an “anti-Russia” nation. Putin believes that both nations have always been “one people” and the long history of both Russia and Ukraine as he sees it is detailed in the essay.

Russia and Ukraine once shared a common language which he calls “Old Russian,” and they also share the Orthodox religion. Bearing this in mind, Putin asserts that the etymology of the word “Ukrainian” has been improperly defined as it “originally meant border service people who ensured the protection of external borders.” The author mentions this to elucidate the perception that Ukraine has always been a part of Russia’s territory and an extension of Russian land. This solidifies the notion that Ukraine lacks a clear individual identity.

According to Vladimir Putin, Ukraine became an independent country through a miscalculation made by Vladimir Lenin. He maintains that Lenin should never have implemented equal republics within the Soviet Union thus allowing them the right to withdraw from the union. As a result, Russia’s imperial statehood was improperly dismantled by allowing the former Soviet Ukraine sovereignty.

Why Putin Resents The West

Putin further goes on to claim that Russia is being unfairly targeted by the West and Ukrainian elites who want to ruin Russia’s reputation. Putin blames Ukraine for its misfortune and political unrest and claims Ukraine is the poorest country in Europe. Throughout his essay, Putin alleges that Russia, “has done a lot to make Ukraine an independent country.” It is clear that the Kremlin is masterful at creating rhetoric and Putin asserts his dominance knowing well that he will escape punishment from the international community if Russia continues on its current path.

While Putin is creating the illusion of caring for Ukraine’s best interests, in actuality, he is attacking Ukraine’s cultural, political, and economic freedom. This sends a clear message to the West, that Putin will not back down from his goal of returning Russia to its former glory. The West is being challenged for its efforts in support of Ukraine’s path to liberal democracy. The Kremlin is using this narrative to claim that Ukraine is weak and needs Russia to achieve peace and prosperity. The treatise ends with Putin further asserting his repudiation of Ukraine’s pursuit of liberal democracy by proclaiming, “[o]ur spiritual, human and civilizational ties have formed for centuries and have been rooted in the same sources, they have been hardened by common trials, achievements, and victories.”

Why Should Western Countries Care?

Western countries should pay more attention to Putin’s essay. Ukraine cannot protect its national sovereignty alone, as there needs to be a unified effort not only regionally but internationally. On July 17th, 2021, former Ukrainian President, Petro Poroshenko released a video on his Youtube channel entitled, “Ukraine is in danger! – Poroshenko about Putin’s article” where he provides commentary on his thoughts on Putin’s written exposition. He strongly advises Ukrainians to read the essay, as it is an outline not of Ukraine’s domestic policy but more a statement of Russia’s foreign policy.

Poroshenko is acutely aware that the Kremlin wants the entire territory of Ukraine and not just solely Crimea, Donetsk, and Luhansk. Poroshenko makes a comparison to the situation in Georgia where Putin infiltrated the territory and annexed the regions of Ossetia and Abkhazia. The former Ukrainian President believes that Putin’s essay signifies that Ukraine is in danger, and encourages Ukrainians and their international partners to begin to restore solidarity in support of the integrity of Ukraine as established during the 2014 Euromaidan protests. Poroshenko tasks Ukrainian patriots and their Western supporters with protecting the interests of Ukraine, given the fact that Putin’s essay is a rallying call for Russian aggression against Ukraine as a whole.

What The European Media Is Saying

The indoctrination of Russians to justify the occupation of Ukraine is clearly a part of Russia’s propaganda campaign. According to Radio Liberty, the Russian Defense Minister Sergei Shoigu ordered that “On the Historical Unity of Russians and Ukrainians” [be] included as one of the compulsory topics in the military-political training in the Russian army.” Gregory Yavlinsky, a Russian economist and politician sums up Putin’s intentions perfectly in an article published by Euromaidan Press. He maintains that Putin’s premise is that a war against Ukraine is justified because it benefits the Russian people.

The Importance Of Rallying Western Allies

Fundamentally, Russian President Vladimir Putin’s essay is a political declaration not only against Ukraine but also its Western allies. Russia’s commitment to return to the Stalinist era challenges Western countries that support Ukraine’s democratic development. The treatise should be taken seriously because as Putin clearly states, “Kyiv does not need Donbas.” This stark contention implies that Putin will not cease his territorial ambitions by a conquest of only Crimea or the Donetsk and Luhansk regions, because his ultimate aim is to conquer the entire region of Ukraine. While denying legitimacy to Ukraine’s national status is nothing new for Putin, his aggressive rhetoric towards the West is only increasing. What’s more, Putin’s efforts are designed to galvanize Russian citizens to support and take part in this coming invasion. It is time to rally the Western allies with the same urgency that the Kremlin appears to be employing in support of an imminent invasion. 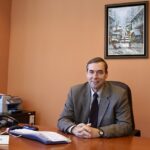 Andriana Ozymtchak is a 2020 graduate from The University of Toronto with an Honours Bachelor of Arts in Political Science and French Literature with High Distinction. She is currently pursuing her Juris Doctor degree from The University of Ottawa. Andriana is a proud Ukrainian-Canadian and she is passionate about promoting human rights in Eastern European countries. At present, she is Acting Editor of the blog created by the Centre for Eastern European Democracy (CEED).