Decades of Commitment and Stalled Negotiations

In 2000, the Republic of Macedonia* formally began negotiations with the European Union (EU) eventually signing the Stabilisation and Association Agreement in 2001. In 2004, as the Agreement came into force domestically, Macedonia submitted an application for membership. After meeting the Copenhagen criteria by 2005, the eager nation was finally deemed a candidate country. Since 2009 the European Commission “has continuously recommended to open accession negotiations.” Even as conditions were added in 2015 and 2016, the Commission reaffirmed their recommendation in April 2018 and May 2019, applauding the progress the country had made.

However, it was not until March 2020 when EU accession talks finally commenced. Since then, there has been no improvement of Macedonia’s status in the EU. Negotiations continue to stall pending the resolution of seemingly non-resolvable bilateral issues. While the Greek veto that traditionally plagued Macedonian international relations was lifted in 2019, the Bulgarian veto arose in November 2020. The Bulgarian Government interjected their own demands onto Macedonia which put a halt to effective negotiations. The veto simultaneously blocks Albania’s path to the EU as their process is coupled with Macedonia.

As reports emerged this week alleging a secret proposal by French President Emmanuel Macron to include the Bulgarian demands in Macedonia’s EU negotiation process, observers warned of creating a dangerous precedent. If such demands are granted any legitimacy in the negotiation process, this would set a dysfunctional standard which would require candidate countries to settle all disputes between them in return for membership. For the Balkans, this standard would serve to block candidate countries from membership as unresolvable disputes will surely arise which will promote instability and hostility in the region.

Despite allegations that Macedonia has not fulfilled the necessary conditions for EU membership, the European Parliament made clear that “the Council has failed to open long overdue accession negotiations with…Macedonia and Albania, although both countries have fulfilled the set conditions and delivered sustained results.” They warn of the security implications of mismanaging EU enlargement. The Commission’s 2021 Report on Macedonia highlights the country’s steady advancement, while raising concerns the delayed negotiations will have a negative impact on the EU’s credibility.

In early May, Macron urged for a speedy compromise to resolve the dispute while on calls with Bulgarian President Rumen Radev, Bulgarian Prime Minister Kiril Petkov, and Macedonian Prime Minister Dimitar Kovačevski. As EU Enlargement Commissioner Oliver Varhelyi left his meeting with Bulgarian officials hopeful for a positive turn in negotiations, Petkov doubled-down on his position stating he would “not do anything based on external pressure.” Varhelyi’s replacement, EU Commissioner Didier Reynders, had called for the negotiations to begin before the conclusion of the French presidency on June 30. With less than a month left, the outlook is not promising.

Recently, Bulgarian news outlets reported Macron issued a promise to Bulgarian officials that their demands would remain a part of Macedonia’s EU negotiations. While reports alleged Radev and Petkov were set to meet Macron in Paris to approve his proposal, Radev clarified he would not be in attendance pointing to the lack of progress on the active issues. Presently, the status and authenticity of Macron’s ‘proposal’ remains unclear. What is unambiguous, however, is the threat posed by the Bulgarian demands. Former Macedonian ambassador, Risto Nikovski cautioned that “…if [Macron] really wants the Bulgarian nebulae and national chauvinism to be included in the negotiating framework, it will not only be a precedent but will close the way for all future members.”

In brief, one of the demands put forth by the Declaration of the Bulgarian Parliament include requiring Macedonia to amend their educational and historical materials to proclaim “there was no separate Macedonian identity or language from Bulgarian before World War II.” Bulgaria also takes issue with the name of the country citing fears of territorial claims to Bulgarian territory, despite the fact that the Macedonian Constitution expressly denies this in Amendment I and II. They further allege Macedonia is engaging in hate speech by using the term “Bulgarian Fascist occupying force” to describe the Axis-allied Bulgarian military that invaded and occupied a portion of Macedonia during World War II, facilitating the decimation of the Macedonian Jewish population. These demands amount to an erasure campaign. While Bulgarian officials turn their gaze outwards, they have done little to address the judgments of the European Court of Human Rights finding them in violation of the right to freedom of peaceful assembly and association of ethnic Macedonian organizations in their territory.

These demands represent a stark contrast to the values entrenched in the EU’s Charter of Fundamental Rights whose preamble highlights respect for human dignity, freedom, and equality, as well as respect for “the diversity of the cultures and traditions of the peoples of Europe as well as the national identities of the Member States.” The Charter proclaims the inviolability of human dignity in Article 1. Article 13 further claims “[t]he arts and scientific research shall be free of constraint. Academic freedom shall be respected.” Article 22 further commits EU members to respecting “cultural, religious and linguistic diversity.”

Deliberately provocative behaviour has clouded the negotiation process. One instance includes the unofficial attendance of high-ranking Bulgarian politicians, including Petkov, at the opening of a Bulgarian cultural club in Bitola, Macedonia on April 18 named after Nazi collaborator Ivan Mihailov. Pendarovski, along with the protesting Macedonian public, viewed this event as antithetical to the harmonious relationship they sought to establish. Attendees celebrated Mihailov who many view as a figure with strong anti-Macedonian ideals who lived as a guest of Ustaše founder, Ante Pavelić. Allegedly inspired by Pavelić, Mihailov sought to establish a similar Nazi puppet state in Skopje in 1944. The leader of the New Social Democratic Party of Macedonia, Tito Petkovski referring to this fiasco stated, “Even the biggest optimists are starting to realize that after this reincarnation of fascism by Bulgarian state leaders in Bitola, Macedonia will not enter the EU.”

Reactions in Skopje and Sofia

In Bulgaria, potentially lifting the veto is generating a lot of tension between the coalition parties. Opponents feel that such a stance from Bulgaria would amount to “betraying” its national interests. Some have expressed strong sentiments and entrenched positions like Kornelia Ninova, the leader of the Bulgarian Socialist Party, who on April 16 stated it is “impossible to retreat from our position” regarding the demands placed upon Macedonia. As of June 2, Radev alluded to the possibility of hosting a referendum on the controversial veto on Macedonia’s EU integration; meanwhile, it is reported that 70% of the Bulgarian electorate “oppose any concessions to Macedonians”. Nevertheless, according to Radev the veto will remain until Bulgarians are included in the Macedonian Constitution.

While the Macedonian Government hoped to set aside disagreements on matters pertaining to history and culture, the EU and Bulgaria have provided them with no room for disagreements. Macedonia is being coerced to succumb to external pressure and subordinate itself to the will of the veto holder thereby losing all sense of identity. If it chooses to stand its ground it may be isolated in the European order, but it will remain Macedonian. These are matters that should have never been brought to the table at the EU accession talks. Indeed, Macedonia’s political elite have shown signs that if the news out of Paris is true, this may be the straw that broke the camel’s back. In reference to these colonial-style demands, on June 1 Pendarovski stated, “The EU perspective in the foreseeable future is unfortunately over. The chances are getting smaller and smaller.” In a similar tone, the following day Kovačevski stated, “It’s a defeat for the EU.”

*The author refers to the ‘Republic of Macedonia’ instead of the official title of ‘North Macedonia’ in an effort to not lend credence to the unconstitutional and undemocratic process that led to its renaming under the Prespa Agreement. 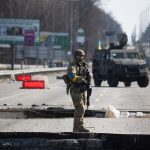 Born in Skopje, Jana Savevska is currently a second-year student at Osgoode Hall Law School – York University specializing in international, transnational and comparative law. Prior to this, Jana completed her Honours Bachelor of Arts in political science and history at the University of Toronto where she gained a certificate in Global Perspectives as well. In her work, she strives to bring attention to human rights issues and geo-political tensions affecting the Balkans in particular. Jana is currently an editorial board member for the CEED blog. 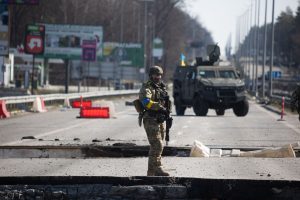 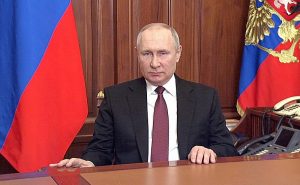 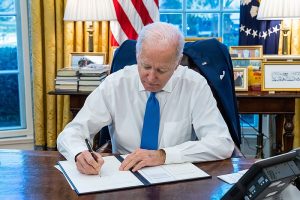